Sunday June 20th
My good friend Alex had fortune smile upon her as she was in Ethiopia for a week for work.  She was able to turn those lemons upside down, and was able to parlay a layover for the weekend in Cape Town on her way home!  She actually had come in the night before, and I had met her at Rafiki’s after the homemade pizza night at Jenny’s (where I had the banana on pizza, did I mention that?  Banana on pizza?  Amazing.  Yeah, I said it.).  She stayed with her friend Alex who goes to the University of Cape Town, and he was way cool. 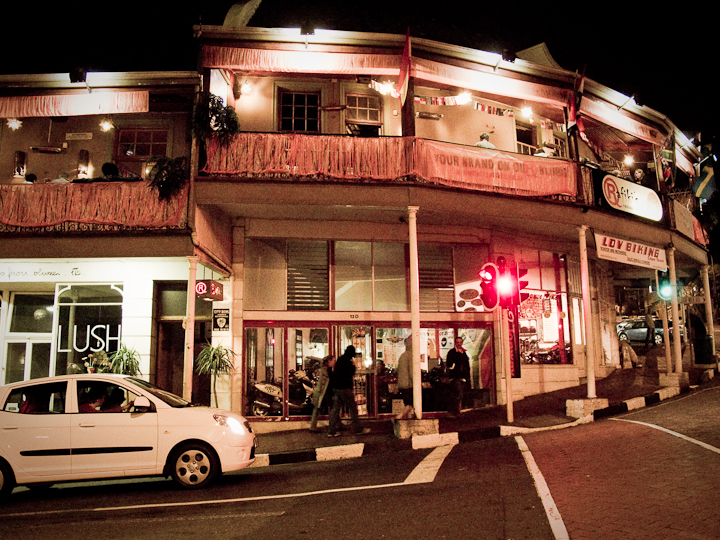 We spent the day walking around town, as she was only going to be in town until the afternoon of the 21st.  We hit up Greens and had an amazing brunch.  Well, not before passing by the giant cinema… 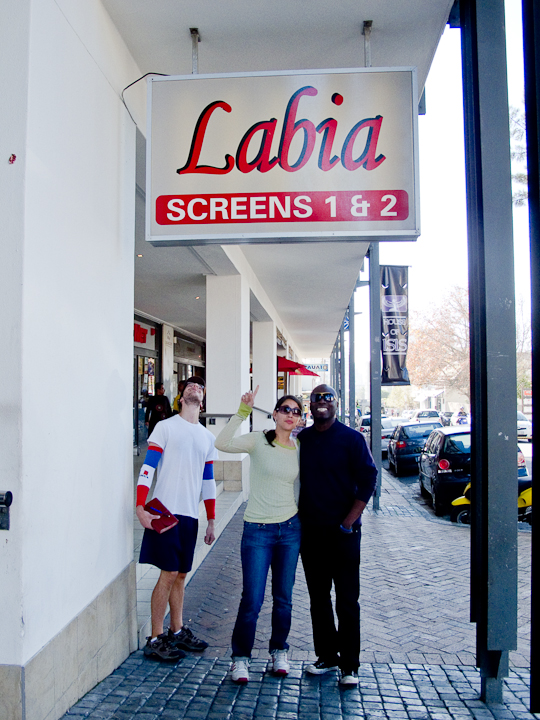 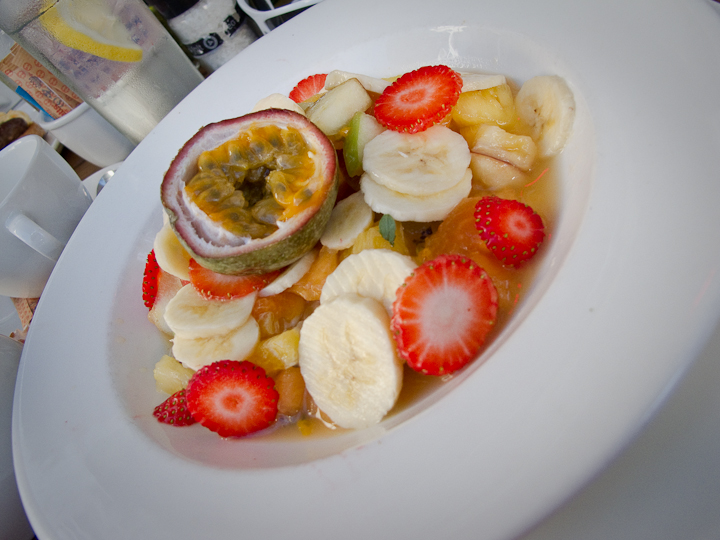 I was able to watch Alex in her element as she negotiated some deals with the vendors in the Green Market… (She bought 2 vuvuzelas.  For friends, she said.  What a tourist.)  She also bought some earrings, and some tapestries, or whatever girlie stuff.  Had fun though.  The people there even recognized me cuz I had been there so often… Alex had a good laugh when one of the guys recognized me, but couldn’t place my name, and I remembered his name was Lawrence (when he introduced himself, he said “My name is Lawrence, like Martin”).  When I called him by his name, he remembered my name, and we all laughed.  And Rob finally bought the chess set he had his eye on, and was even hustled into buying a sweet carved wooden mask.  (The tactic used on him, would in later days, be used on me to sell me something, but I’ll tell you more about that when I get to it.) 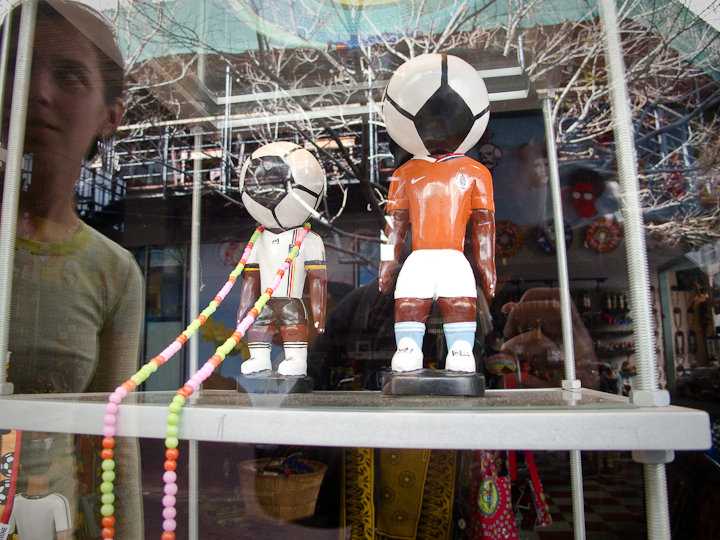 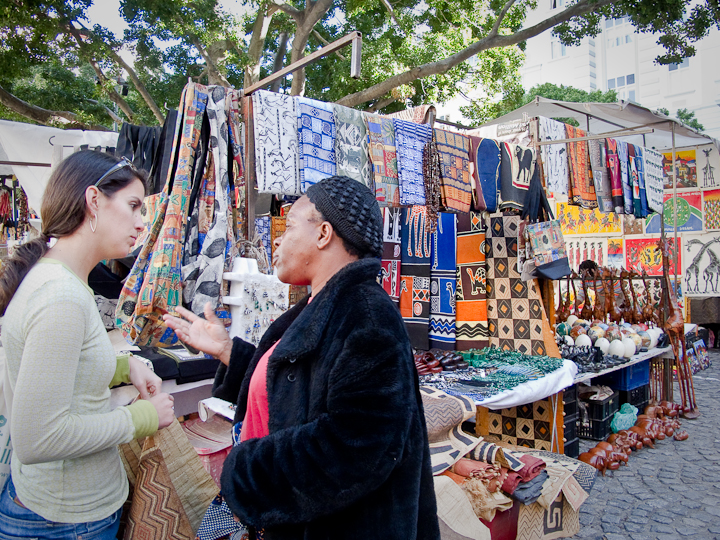 We decided we wanted to catch the next game down at the V & A Waterfront, as we heard that was a nice area.  We walked down past the stadium via the fanwalk, and then somewhere along the way, we took a wrong turn, and even though we didn’t hit the official “Waterfront” we got to the front of the water and saw the ocean.  On the way, Alex and Rob even got in a game of pickup soccer with some kids (none over 10 years of age).  At this point, my friends would make some joke about me not playing due to a police order to stay at least 500 ft away from children.  Haha, but that is completely untrue.  That is only valid in the US.  Haha, again, just kidding, I wanted to get photgraphic evidence of them hustling some of the local kids in soccer.  The kids were impressed with Alex’s ball-handling skills (seriously, man, grow up). 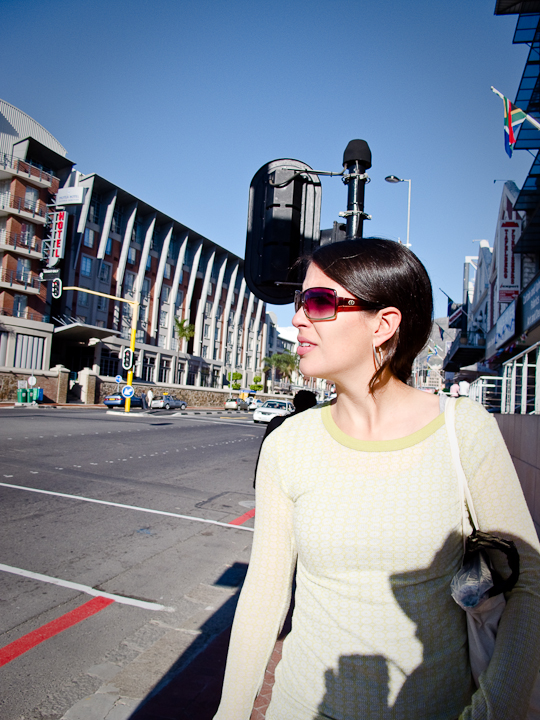 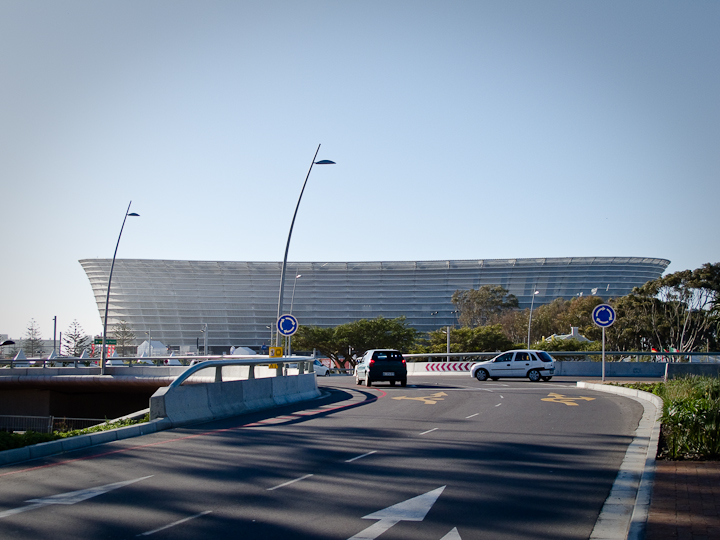 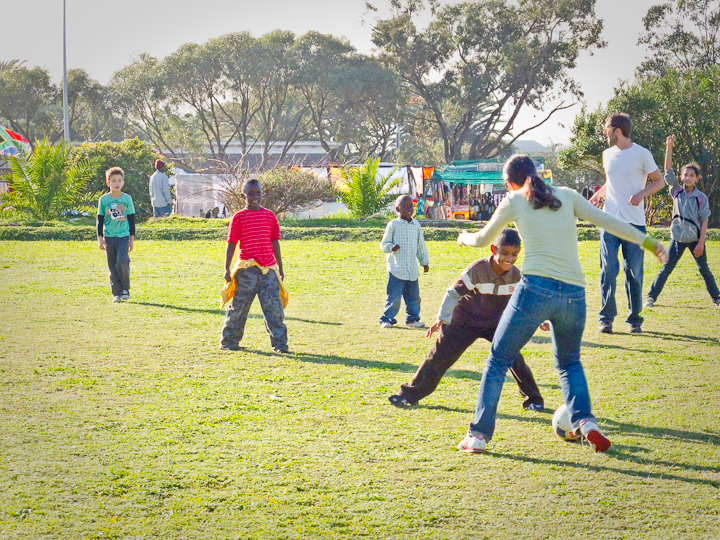 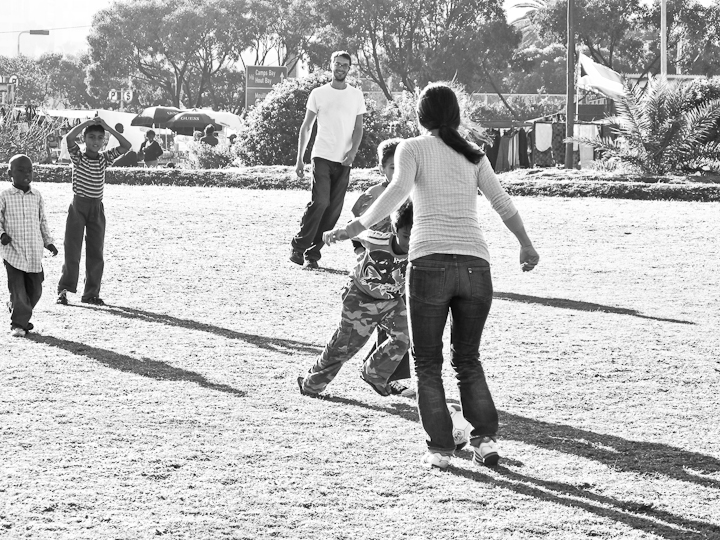 Then we kicked it with a Dad and his son down by the ocean.  Alex’s first touch on the ball, sent the ball hurtling toward the ocean.  We all stood there in awe as the ball continued to bounce, roll, and intrepidly make it’s way to the ocean.  Luckily, a good samaritan saw it (and I don’t mean a samaritan as in an ethnoreligious group of the Levant, but as in a nice guy), and ran it down and stopped it just inches from it rolling over the edge, under the railing, to be lost in the waves crashing on the rocks below. 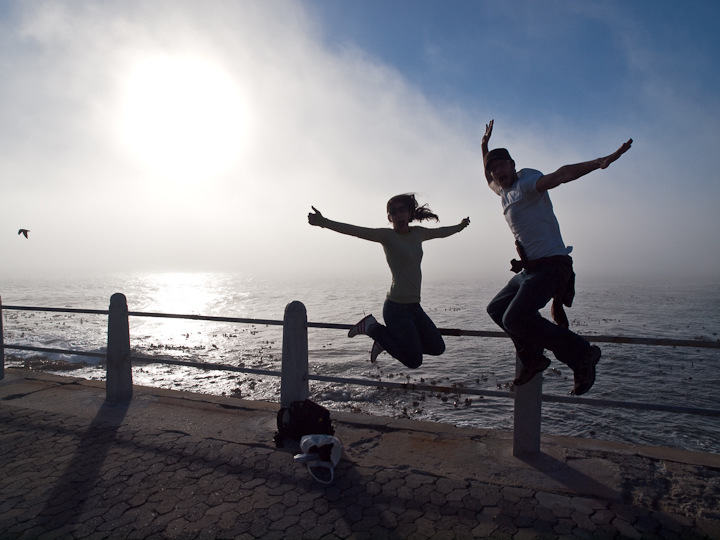 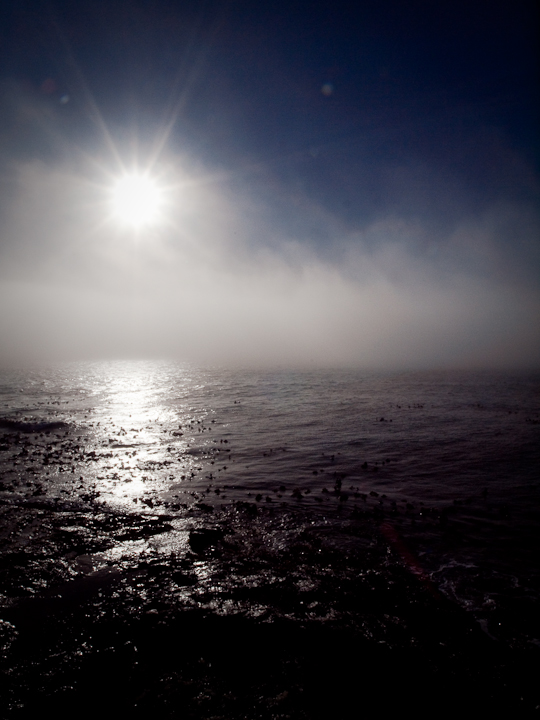 There were no bars at this part of the waterfront (we went too far south), so we made it back to Kloof st. and watched the game (and had a burger) at Hudson’s. 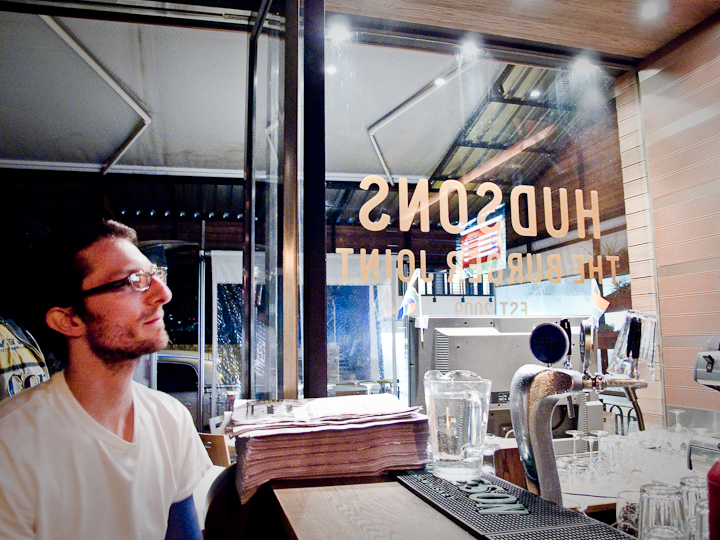 Later on, we hung out at Jenny’s, and headed back to catch the last game at Rifiki’s (Ivory Coast lost to Brazil… so sad).  We then headed out to the Waiting Room (which was too busy) so we went to the Neighborhood, and ended up playing fusbol on a crooked table… Alex and I got owned by Alex and his friend, and later on, his friend made the assumption that Alex and I were married.  We laughed and gave him a hard time, and that became a running joke for us… as I am now her South African husband.  Haha. 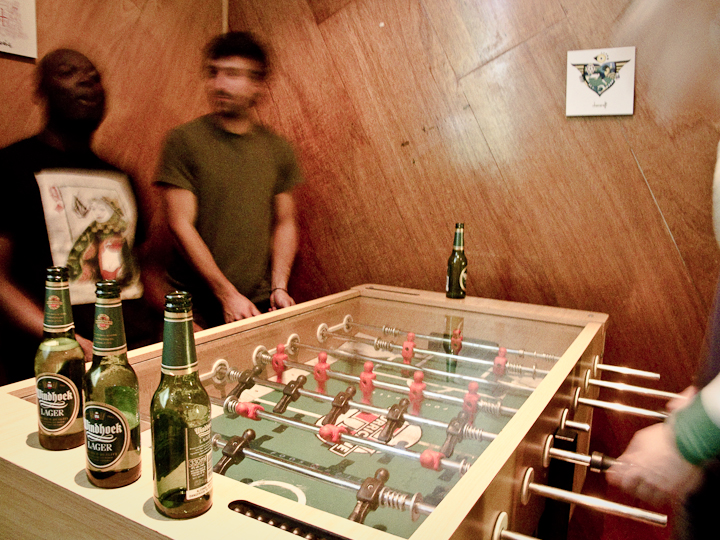