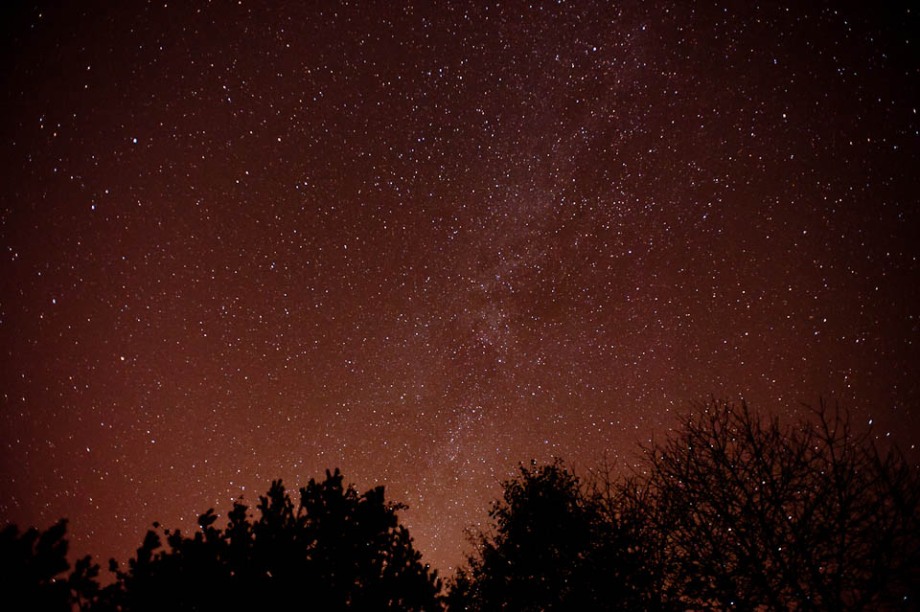 Went home to visit the ‘rents today, and thought I’d take some star photos.  My hometown is about 20 minutes outside of Lansing, MI, (which is to say, 20 minutes into the boonies), so there is less light pollution than the city, but it’s not completely absent.  My buddy Andrew had sent me a shot of what I think is called a star field (correct me if I’m wrong), and I figured I’d give it a shot.  The sky was clear enough, but I definitely think it’d be better if I was further away from any large light sources polluting my sky and my photos. 🙂 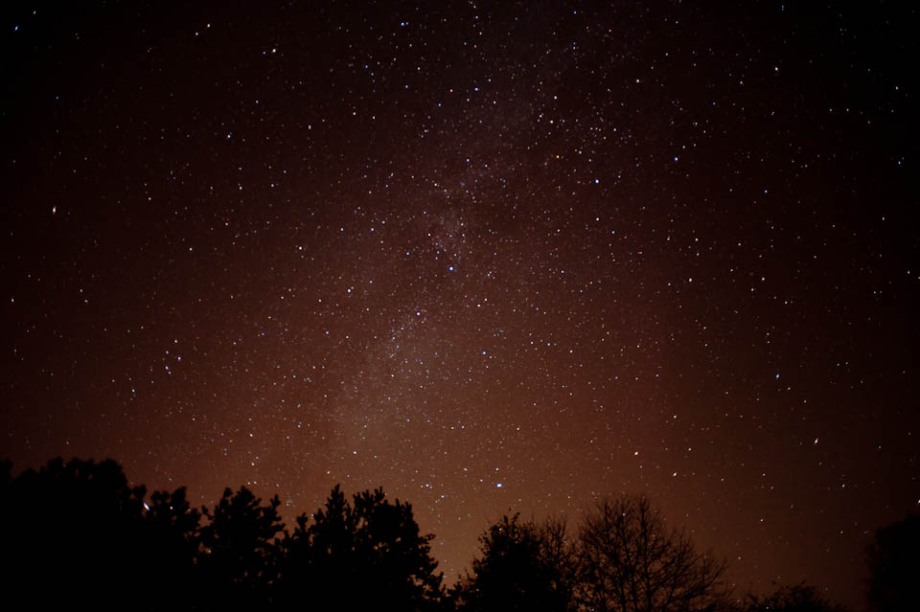 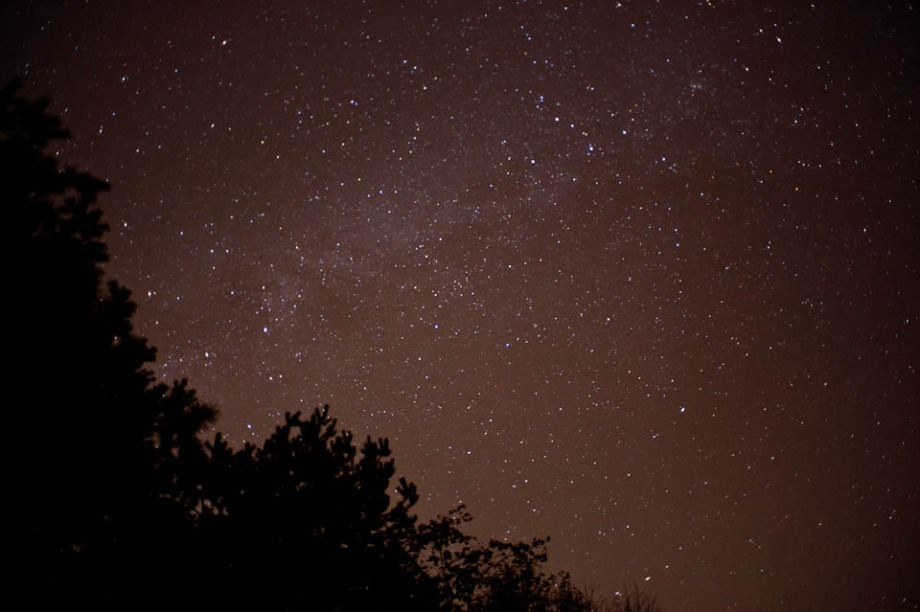 My first attempt trying to capture star fields. All shot with my Nikon D700, and the Nikon 20mm f/2.8 at various settings on a tripod.  It was hard trying to set the camera in the dark as well as having to focus manually, so I might have some things I want to change for next time. 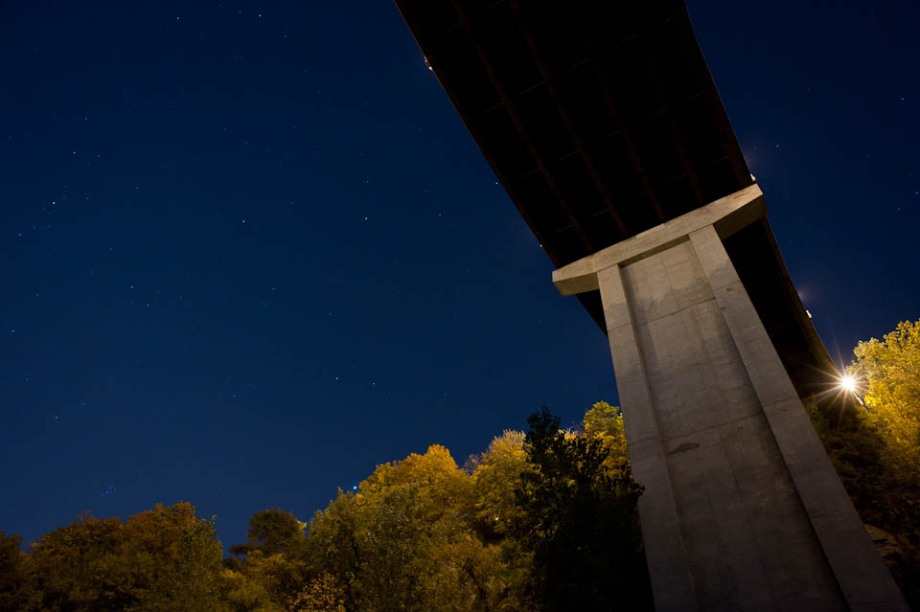 …At least, that’s what I assume it’s called. After leaving my friends’, Andrew & Carrie’s, wedding in Saint Paul, MN, I went straight instead of taking a left turn. I ended up going under this bridge, and started to turn around right after the bridge. I thought the lights on the bridge looked cool, so I decided to stop for a few photos of the bridge. Unfortunately, the old UV filter I have on the wide angle lens I like to use (the Nikon 20mm f/2.8) that came with the lens when I bought it used, was actually literally, old.  Anyway, the old “haze” filter left some haziness in the flare of the lights, so those didn’t turn out so great. But, here are a few others which turned out pretty good, I think, anyway.  Let me know what you think.

Meanwhile, I’ll probably start browsing for a new multicoat UV filter for my lens, or remember to remove it for those kind of shots. 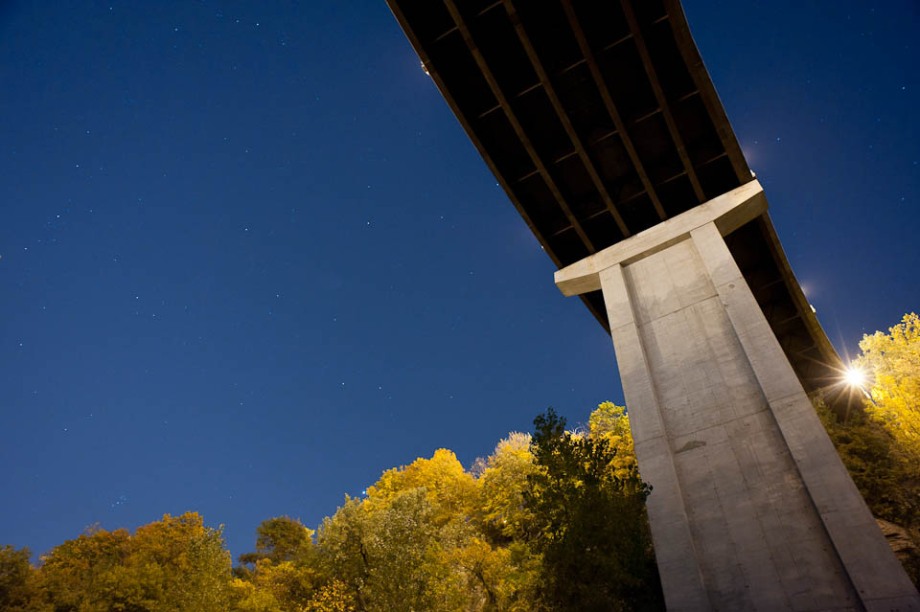 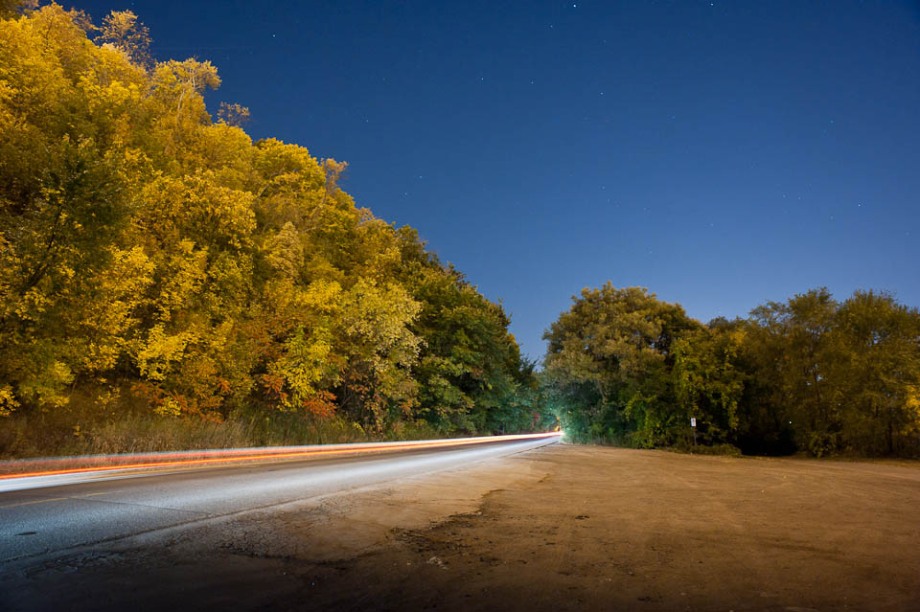 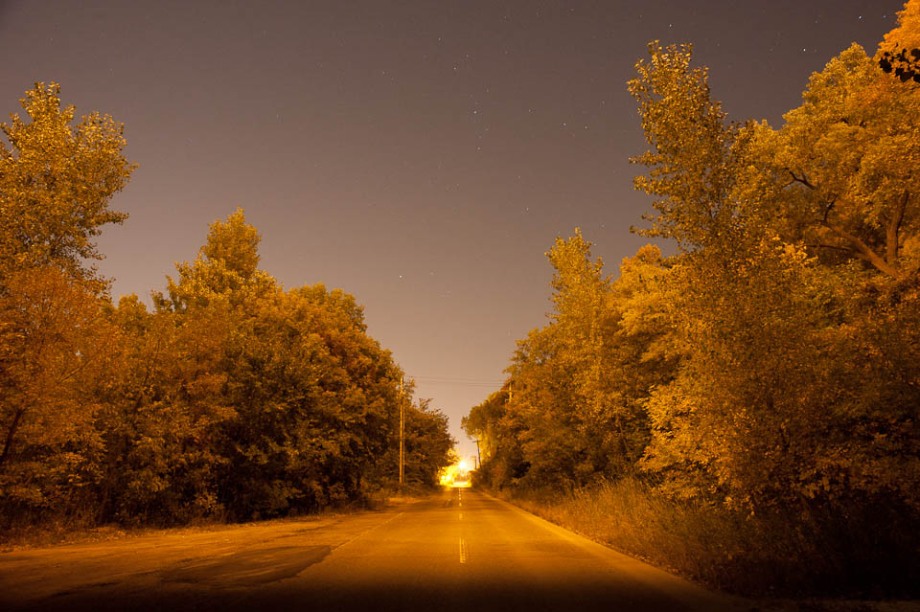 Just over a month ago, I, and 6 of my friends, embarked upon a journey. A journey of modestly epic proportions. A journey that many have done before, but none of those people were us. We were going to hike Long’s Peak.

We had all traveled to Estes Park to celebrate, our friends, Rob and Julie’s wedding, and after the wedding, we took a week to enjoy Colorado.  During the week leading up to our hike, we had been discussing whether or not we would attempt Long’s Peak.  If you don’t know about Long’s Peak, it is the only fourteener (where the summit is above 14,000 ft above sea level) in Rocky Mountain National Park.  I’ll let wikipedia describe the Keyhole route for you.

The hike from the trailhead to the summit is 8 miles (13 km) each way. Most hikers begin before dawn in order to reach the summit and return below the tree line before frequent afternoon thunderstorms bring a risk of lightning strikes. The most difficult portion of the hike begins at the Boulder Field, 6.4 miles (10 km) into the hike. After scrambling over the boulders, hikers reach the Keyhole at 6.7 miles (10.5 km).

The following quarter of a mile involves a scramble along narrow ledges, many of which may have nearly sheer cliffs of 1,000 feet (305 m) or more just off the edge. The next portion of the hike includes climbing over 600 vertical feet (183 m) up the Trough before reaching the most exposed section of the hike, the Narrows. Just beyond the Narrows, the Notch signifies the beginning of the Homestretch, a steep climb to the football field-sized, flat summit. It is possible to camp out overnight in the Boulder Field (permit required) which makes for a less arduous two day hike, although this is fairly exposed to the elements. 57 people have died climbing or hiking Longs Peak. According to the National Park Service, 2 people, on average, die every year attempting to climb the mountain. In the summer of 2005 a Japanese climber was blown off a ledge after reaching the summit. On September 3, 2006 a man fell 800 feet (244 m) to his death when some rocks let go while he was descending the Loft route. Less experienced mountaineers are encouraged to use a guide for this summit to mitigate risk and increase the probability of a summit.

CAUTION! ACHTUNG, BABY!  This is a very photo heavy post.  Click at your own risk.  There are dozens of photos in this post, so those on a 56k modem should probably join us in the 21st century and get some hi-speed internet! (j/k but, you know, seriously, it might take a while to load.)
END_OF_DOCUMENT_TOKEN_TO_BE_REPLACED 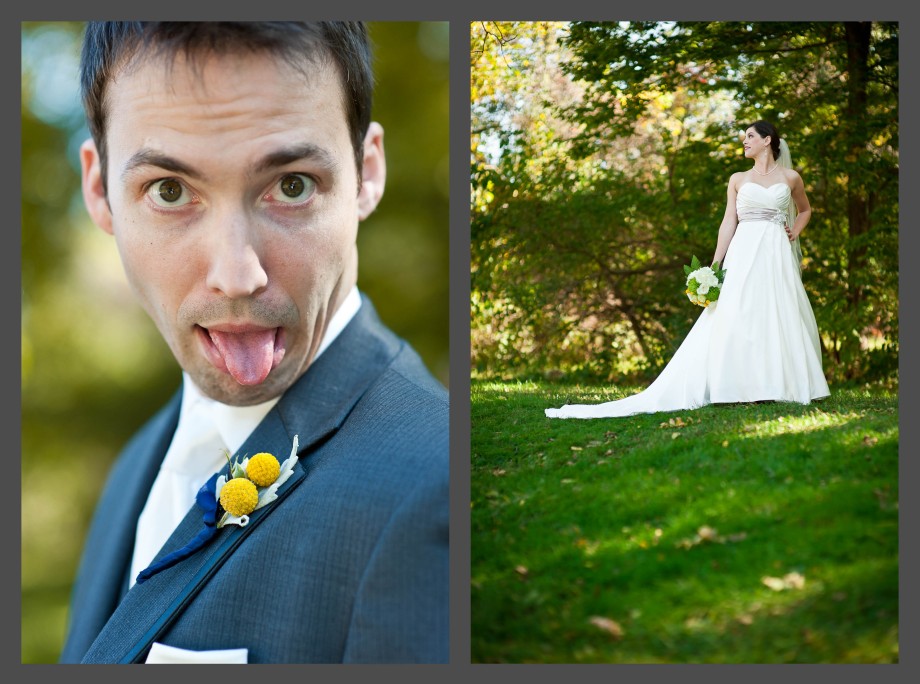 Andrew and Carrie were married just yesterday in a beautiful ceremony in Saint Paul, MN at the Harriet Island Pavilion. Andrew and Carrie are both friends of mine, and they had asked me to help out with capturing some photos while the guys were getting ready for the ceremony. They had hired a pro, so that allowed me to enjoy the rest of the day without having to stress about photos and just letting me catch up with friends I haven’t seen since I moved away from the Twin Cities almost 4 months ago. Since I got to tag along with the wedding party, I was able to snap some candid pics while the wedding photog was busy setting up the group formals. JLe, you sly dog, you. I imagine that’s what you would be saying right now, although, that phrase seems dated now that I’ve just typed it. The diptych above was taken at the Sibley House Historic Site in Saint Paul, MN.