A View from Below

We decided that we would hike up Table Mountain today.  I had to check out of my Hostel in Milnerton, and since I owed some money still, I wasn’t left with enough to get a taxi to Arnold’s.  I took the shady bus again, and luckily I had exact change, because the caller/money taker was trying to skim money from the passengers and from the driver.  He ended up getting in an argument with the driver, and insisted on being let out on the side of the freeway.  Luckily, I will no longer need to be taking the Minibus. Once I was let off at the station, I got some money from an ATM and then got a cab the rest of the way (considering I didn’t have a map handy).  I got in a cab, which turned out to be an unmetered cab, and at the destination, the driver haggled with me on how much to pay.  I wish I had smaller bills, but the ATM only gave out 100 Rand bills, I ended up having to pay 65 Rand, after haggling with him.  All in all, it still ended up being cheaper than a cab from the hostel in Milnerton, which would have ran 100 – 140 rand.  (about $15-$20), and in total, I paid 71.50 Rand.

We swung by a checkers, a grocery store, and grabbed a few snacks before we headed up to Table Mountain.  With my trusty lumbar pack on, we trudged uphill toward Table Mountain’s lower cable station, which is about a 3.3 mile trek from Arnold’s.  Minibuses drove by, offering rides up to the mountain, but we decided to continue on.  The view just kept getting better the higher we got. 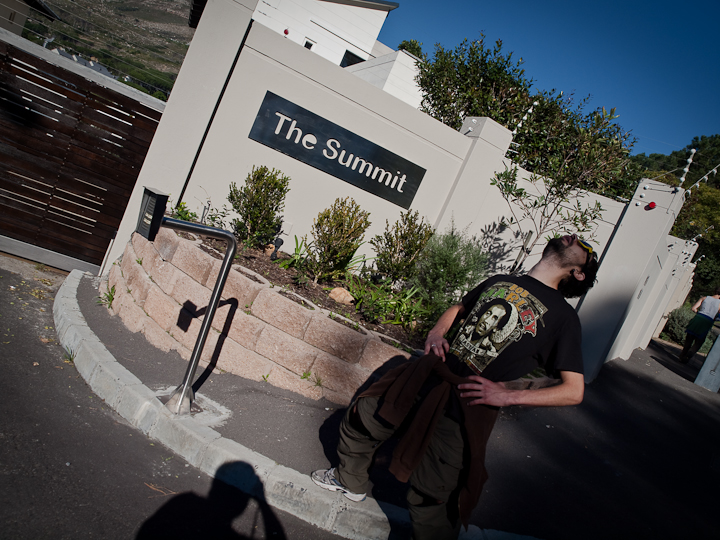 We got to the lower cable station, where all the other tourists waited in line for tickets to take the cable car to the top.  We decided we’d take the long way, and hike up.  We were told it was only an hour hike, but at this point, I could already feel my legs tiring out.  The hike up was really doing knee high step ups.  I felt like I was lunges up the mountain.  After about 45 minutes of this, my calves decided they didn’t like the hard work, and cramped up, so I told Rob, Bert, and Amanda to continue on with out me.  It’s nice when you are carrying a camera around, so you can make it look like you stopped to take pictures, and not to rest. 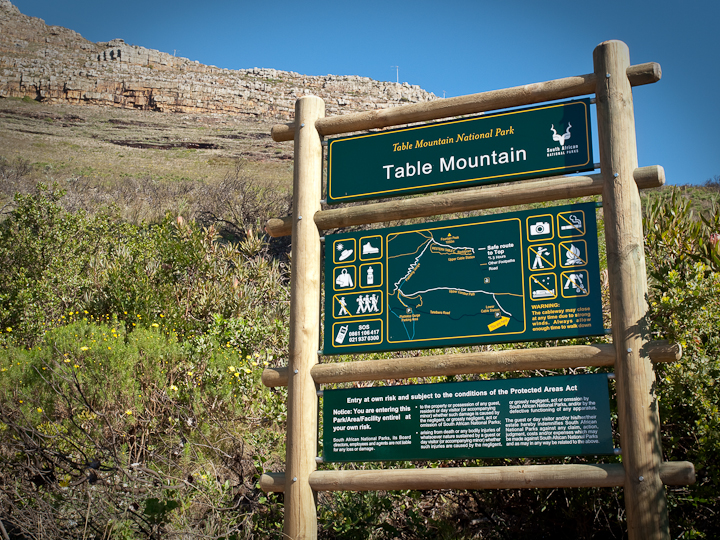 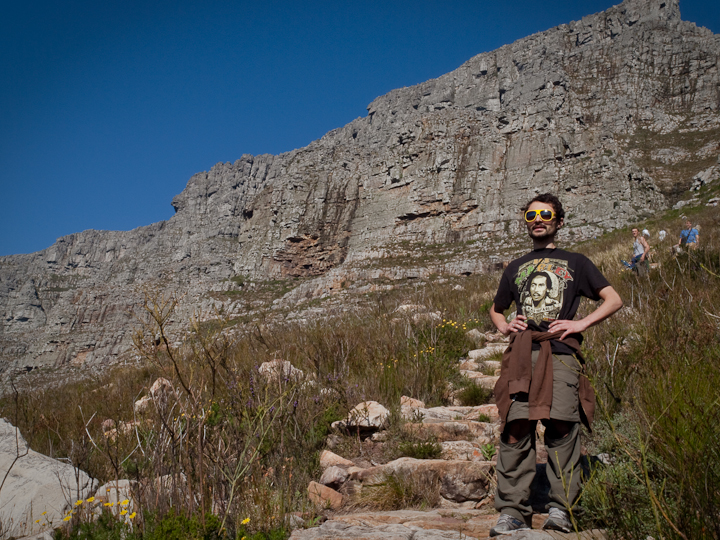 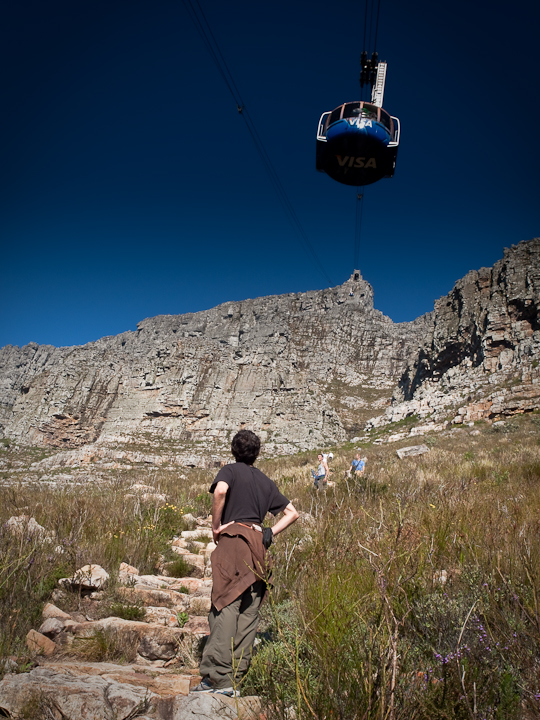 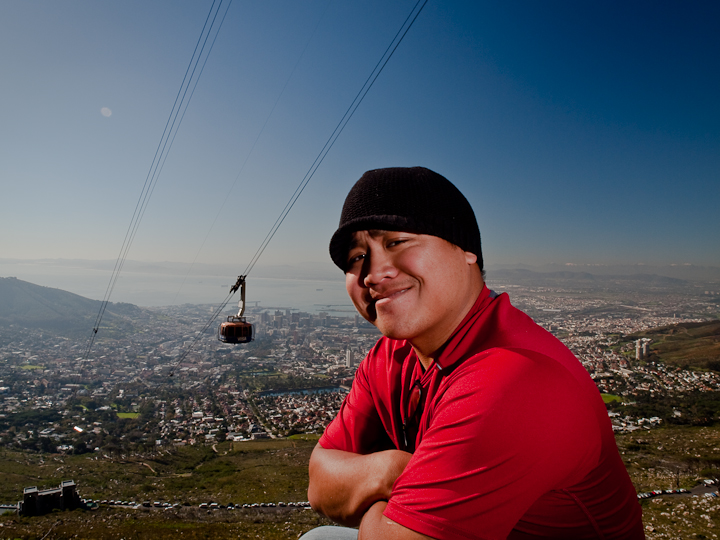 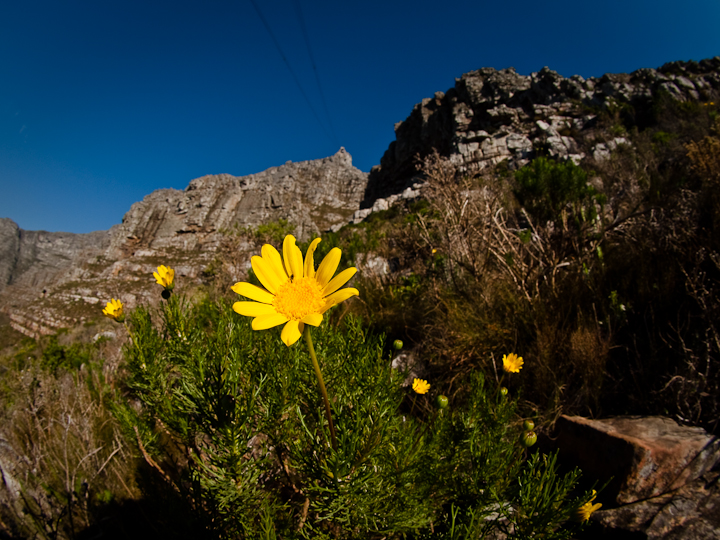 My friends carried on, and I ended up meeting them at the bottom, before we ended up hiking back down into town, and we spent the remainder of that evening recovering at Arnolds. 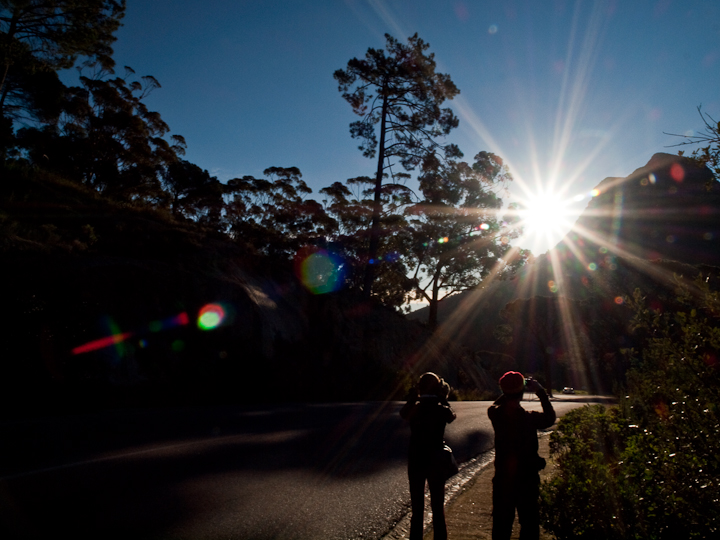