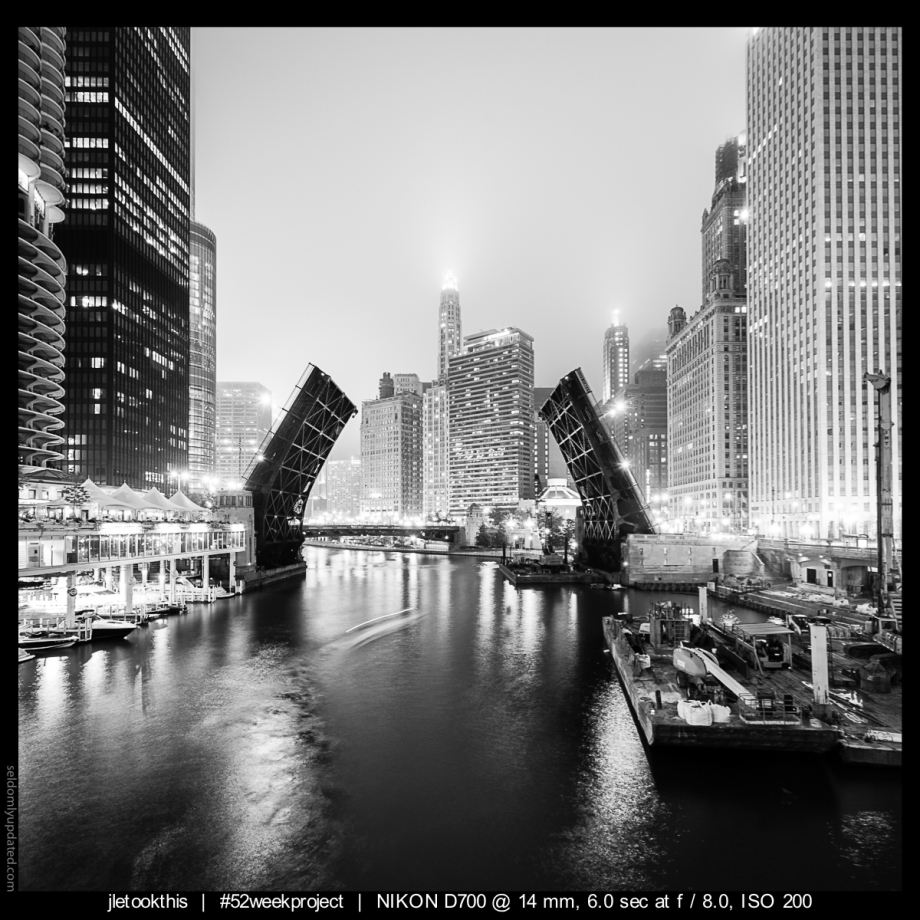 After catching up with my friend Joanna the night before, she mentioned that she there happened to be some construction work on the waterfront walkway and that the State Street bridge was raised up during that time. Even though I have been in the city for over 2 years now, I can’t recall ever seeing one of these main bridges up, so I knew I had to go check it out.

Fortunately, it was not raining by the time I went for a wander downtown, but it was misty and the fog had rolled in. I was half-worried the clouds would just open up and start pouring, but I’m glad it didn’t. I ended up with a few shots I liked, but since I was looking for a square image, this one seemed to fit the bill the best. Taken from the Dearborn Street Bridge, shooting east. I’ll post a few more photos below.

The State Street bridge is also known as the Bataan-Corregidor Memorial Bridge, in honor of the World War II defenders of Bataan and Corregidor (Which is a peninsula and island in the Philippines which played an important role in World War II). 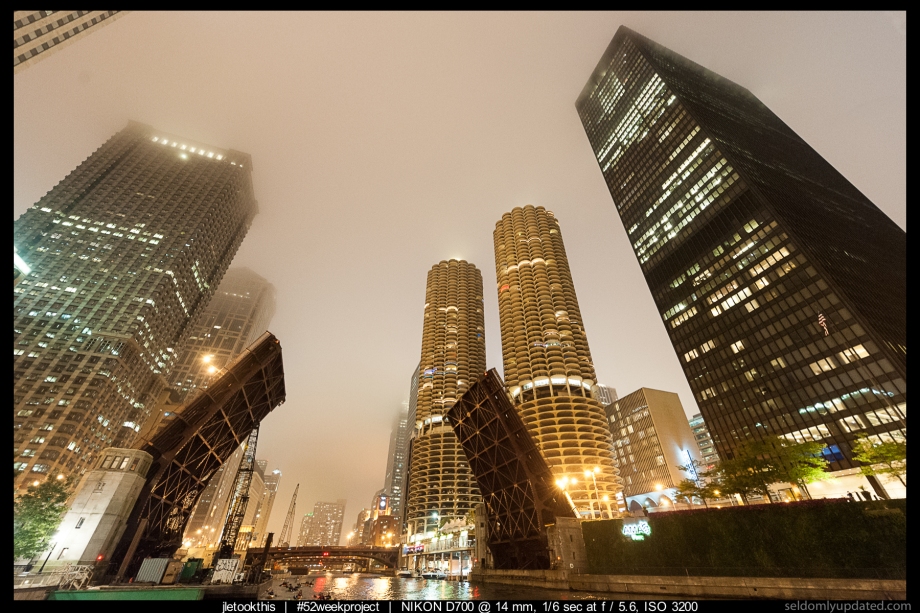 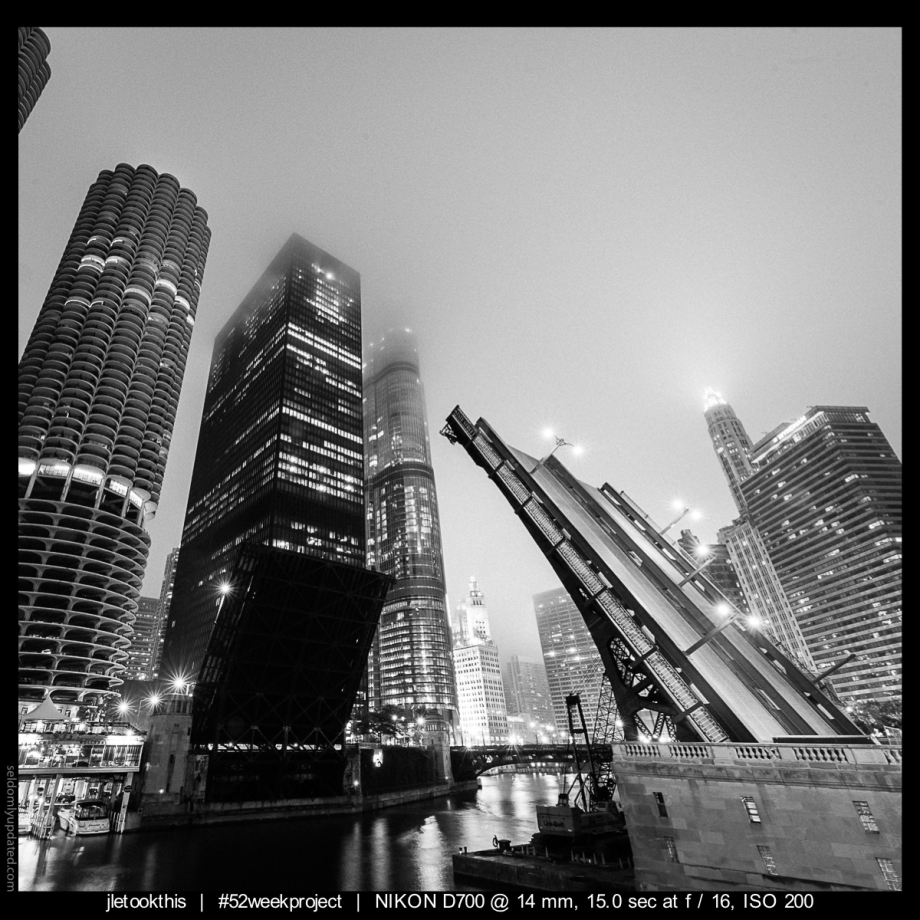