Back in March, some friends and I took a quick trip across the pond to spend some time in the UK, and visit our friend Samer (top left).

Hm. What to bring?

I wanted to travel light, as I was only spending a week traveling, but I always have such a hard time doing that.

I managed to fit everything into a backpack, and an american sized carry-on (Europeans use much smaller carry-ons, I’d come to find out), but as a midwesterner, I think minimalism is something we all struggle with. I brought both my DSLR gear and my film gear, which is probably overkill.

I was a little worried about placing all of my faith on my film gear on a trip like this, so I really wanted to have the versatility of my DSLR just in case (and if I wanted to shoot any video).

(I probably didn’t need both the 40mm and 50mm, but I wanted the wide angle of the 40mm, but the aperture of the 50mm, and I couldn’t decide, so I ended up bringing both.)

I used one of the film backs for indoor/night time photos (with either the 800 or 3200 speed films), and the other for outdoor/daytime photos (with one of the other films). Having 2 backs made it much more versatile, but there were some challenging situations where neither of them would have worked well, so I didn’t shoot anything, or where I wanted to ditch the backpack, and only carried my DSLR.

We had a number of flights throughout, and bringing film with you is always a challenge, since they want to send everything through the x-ray. I managed to have my film hand-checked at a few checkpoints, but a couple were unavoidable, so we will see how some of those turn out when I finally get my high-ISO film developed. 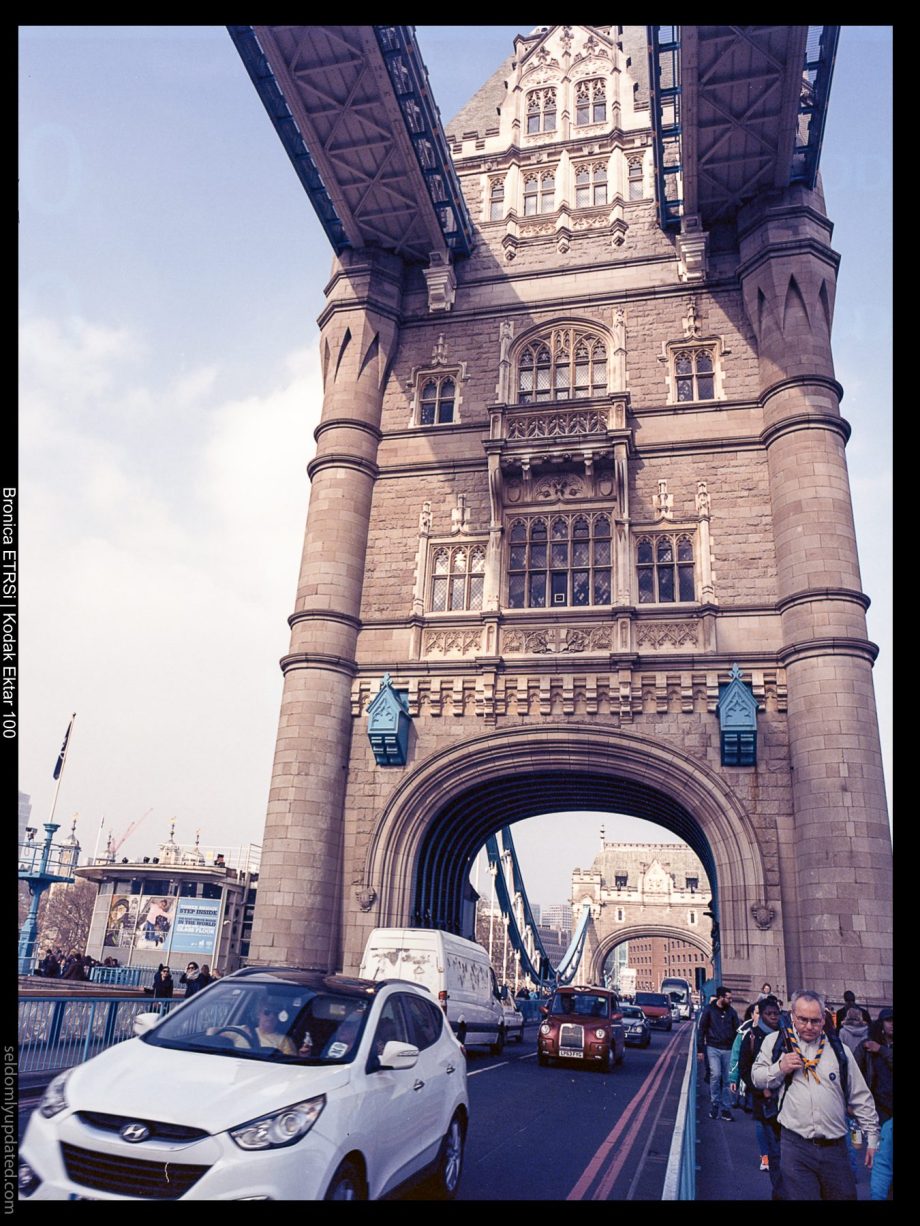 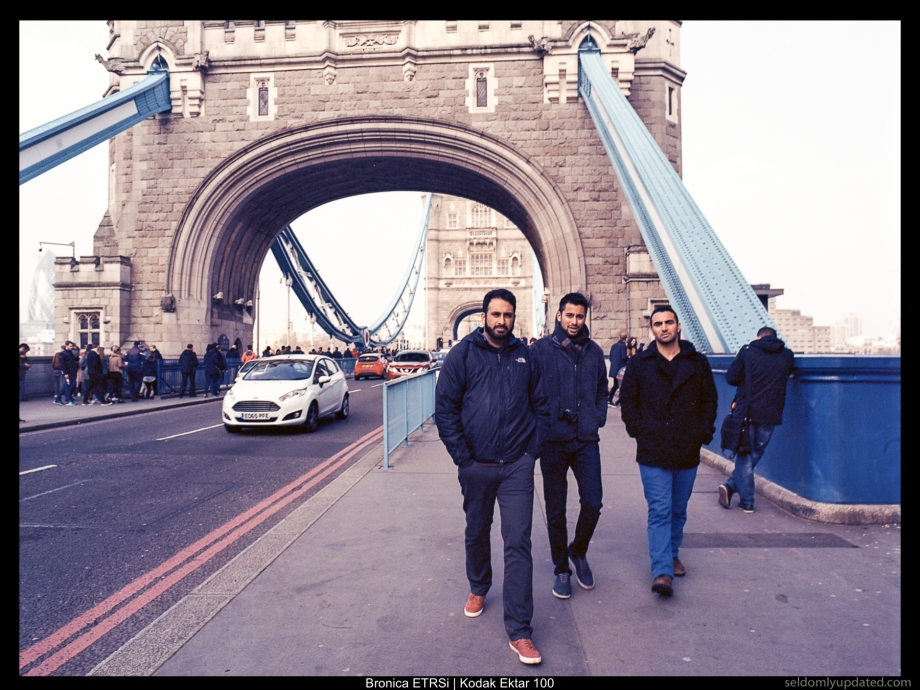 My goal was to get out there, and shoot at least 2 rolls a day (one low ISO, and one high ISO). I have been shooting film so sparsely, that the other goal was to use a variety of film, and then develop some opinions and preferences on which film stocks I liked.

I only ended up averaging about 1.5 rolls a day, and shooting mostly outdoors, but I really liked how the majority of them turned out. 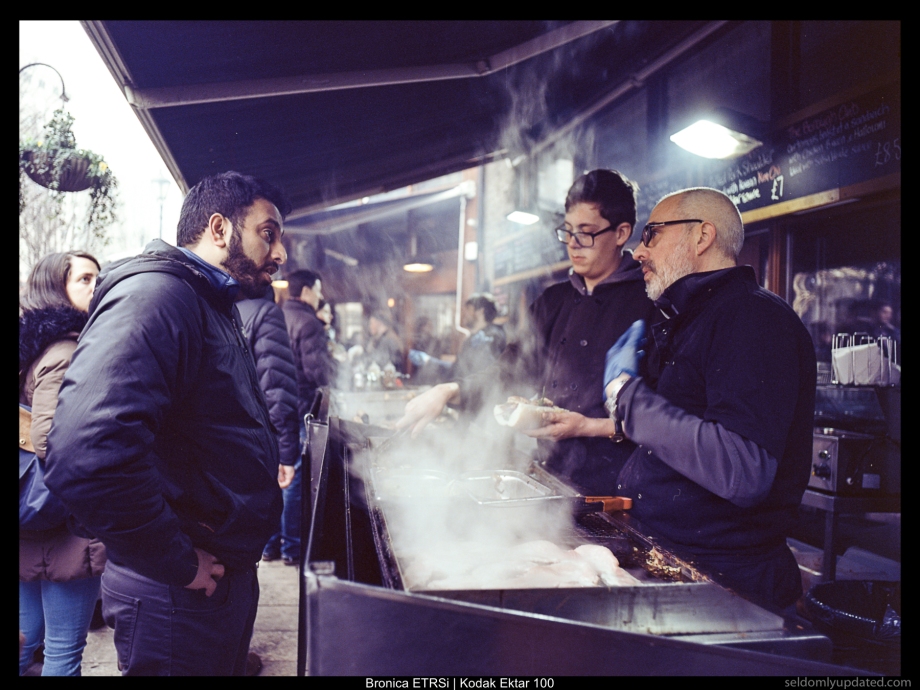 I was excited to get these rolls home, as that would be enough for me to actually mix my own C-41 chemicals, and develop at home.

I developed these in my kitchen sink using Patterson reels and developing tank, and the Unicolor 1L C-41 powder kit. You gotta pretty precise with the temperature and timing, so I  kept the tank and the bottles in a bath or warm water to help regulate the temperature. 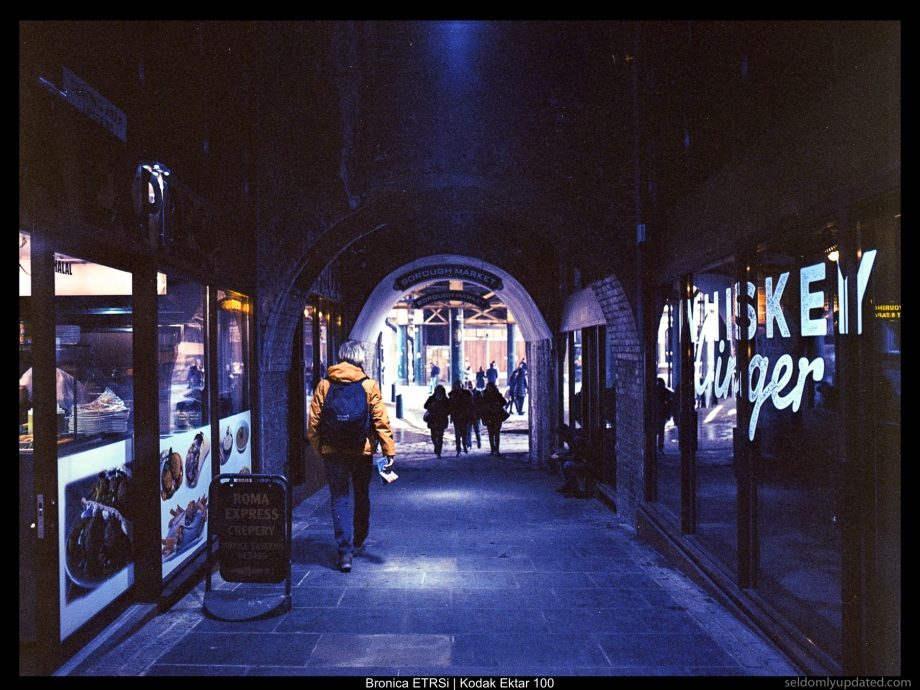 Overall, I’m pretty please with how these turned out. After drying, I scanned them in on an Epson V600. I still have a ways to go with nailing the colors and white balance; but I think that has a lot to do with how I exposed, and the variation in film stocks, and also how I scanned. I’ll get there some day, but until then…

Thank You for reading.

Finally got around to developing some film at home! Had a roll of 35mm film from this summer that I jury rigged to run in my Fuji GW690II (a 6×9 medium format rangefinder, colloquially called the “Texas Leica” due to it’s size), to get the exposed sprocket holes (hence the title). Since the camera normally expects a larger size film, I had to run a strip of paper in there so that the camera would cock the shutter. Unfortunately, the paper strip tore, so I only ended up with a couple of usable frames before the camera stopped cocking the shutter. Also, another downside… Since the film takes up a smaller portion of the frame, it’s really hard to compose (sorry about that eye patch in the photo below, Ashley).

Stand development with Rodinal was pretty easy. I used a dilution ratio of about 1:100, agitated at the beginning, and let it sit for an hour, while agitating halfway through. Rinsed, fixed, rinsed again, and hung to dry. While temperature doesn’t matter, try not to let it shift too much. I used water that was a little too warm to start (about 100 degrees f), and by the end, it dropped about 20 degrees. Which I think gave me some gradation in development (you can see some the bottom of the film is lighter). In any case, I’d say it was an overall success for my first time developing my own film in 20 years (and even then, had only done a couple rolls in high school)!