Singers in the Subway 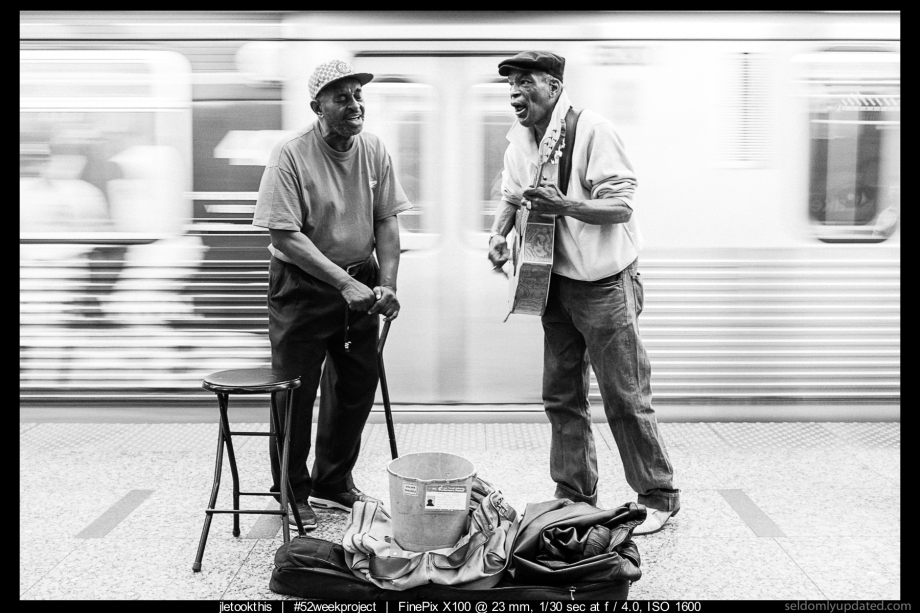 Taken on Tuesday, July 15th, 2014. I’ve wanted to take this photo for a long time now. Caught these guys performing in the State & Lake Red Line Subway station after leaving work. And have seen them performing together during rush hour for at least the 2.5 years I’ve been in Chicago. There are usually 3 of them that perform together, and after some searching it seems they go by The Real Connection. They perform old school motown/soul songs, and just have this real smooth soulful sound that is just really soothing.

I had an idea that I wanted to take a picture of them with the train running in the background, but it’s usually so hard with so many people around. I ended up leaving work late this particular day, so the rush hour crowd had subsided by then, but they were still going strong. I’m gonna print this out and give it to them next time I see them. Maybe I can try to get a pic with all three of them together.

Here’s a video of them I found on the youtubes with my superior world wide web crawling skills:

One thought on “#52weekproject: Week 16 – Singers in the Subway”